FORGE YOUR OWN PATH ON A RECON POWER BIKE

There has never been a more exciting time to be an electric bike owner as national parks and public lands are beginning to loosen regulations and allow ebikes — including electric mountain bikes — to explore their beauty. Recon Power Bikes enable you to forge your own path and explore this great country’s natural areas like never before. Our electric-powered bikes are built tough to withstand the elements and navigate terrain of all kinds and conditions. Shop our great selection of power bikes today and find your perfect match! 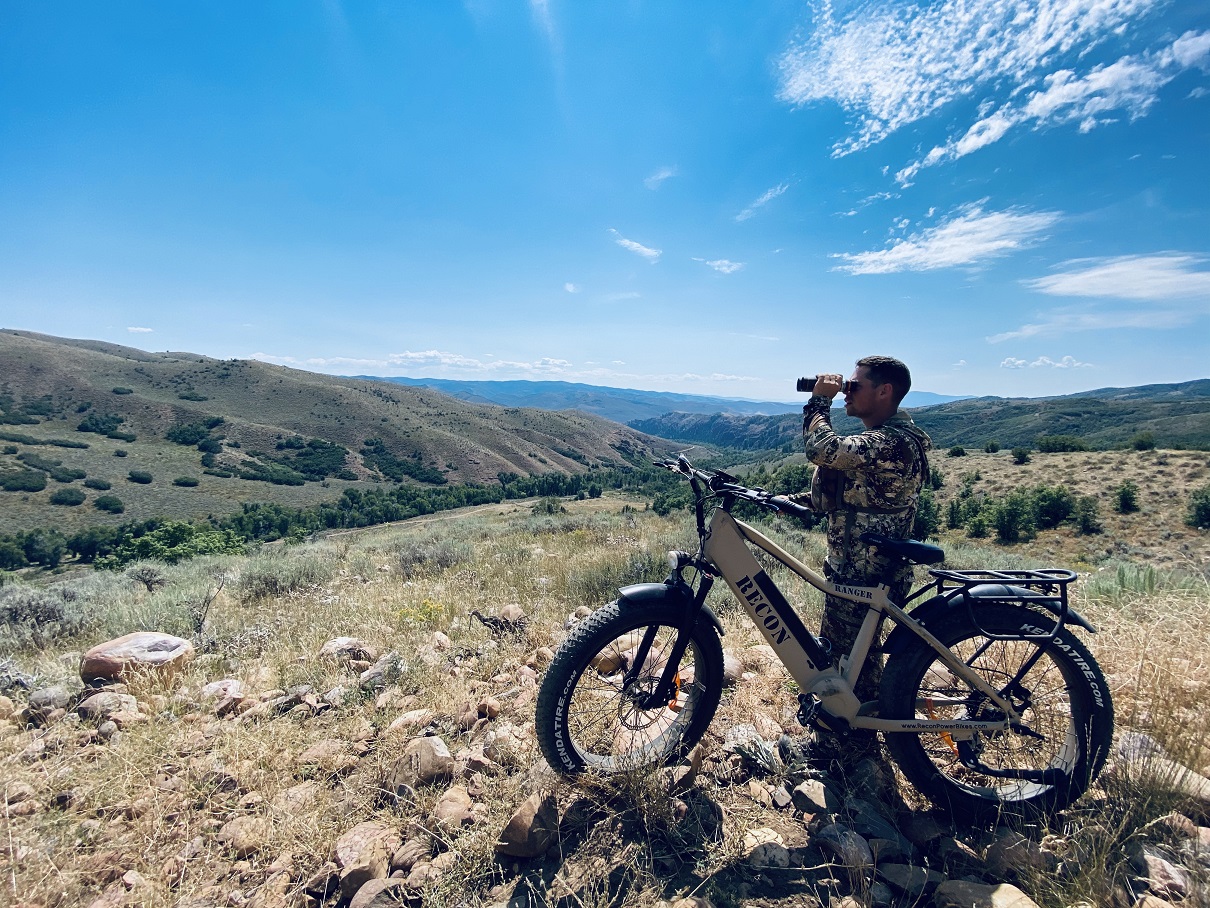 Travel Up to 50 Miles 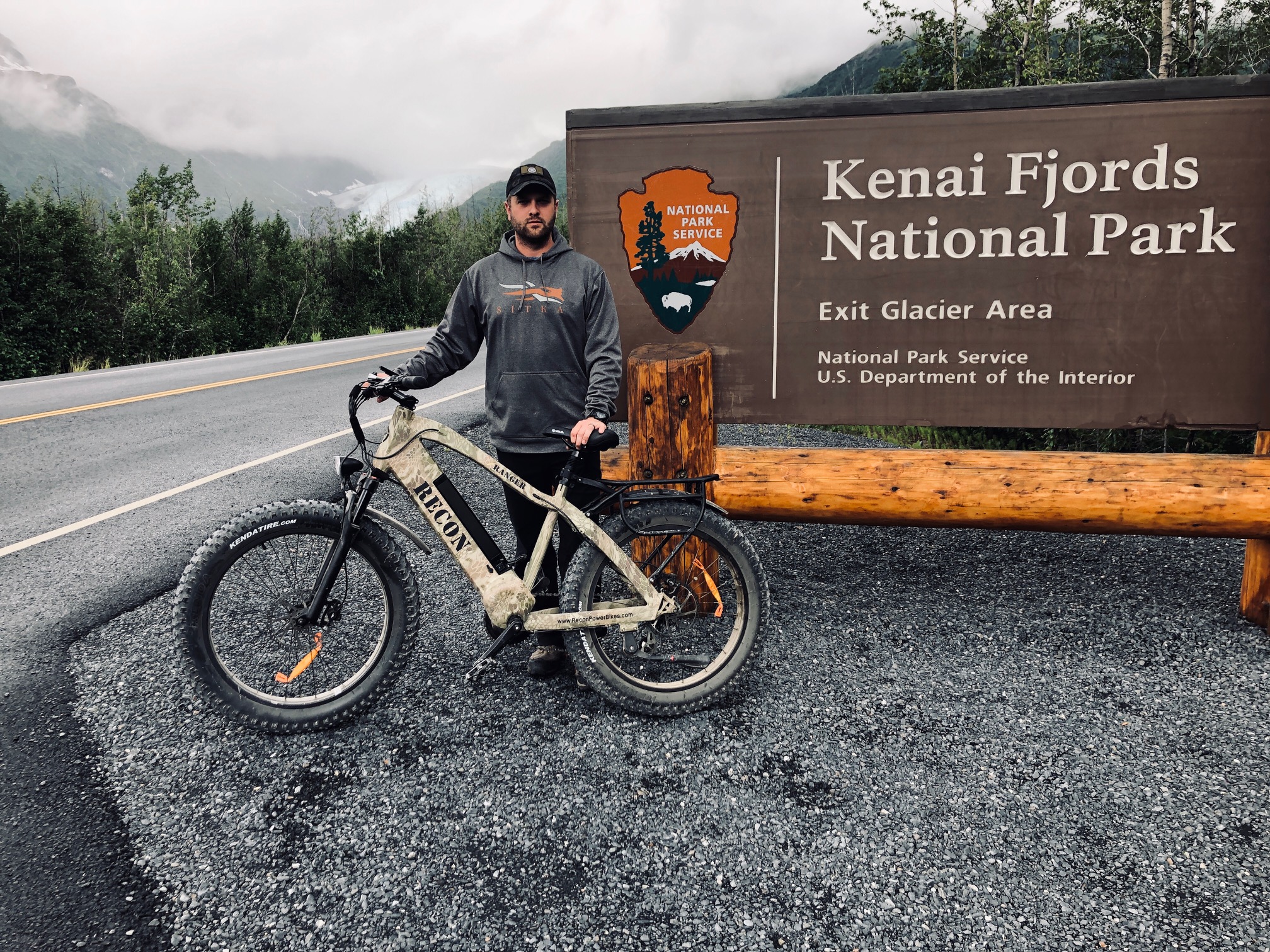 CAN I RIDE A RECON POWER BIKE IN A NATIONAL PARK?

There are 62 National Parks and over 10,000 State Parks across the United States, as well as countless other public lands and beaches throughout the country. However, each park’s policy on bicycle usage — including electric-powered bikes — vary from state to state and park to park. But times are changing and for the better!

Electric-powered bikes (commonly referred to as ebikes) are gaining popularity around the country and therefore national parks and government agencies are reevaluating their policies (or lack thereof) for ebikes, including electric mountain bikes (eMTBs). In fact, the Department of Interior, which oversees the National Park Service and other federal lands, are taking steps to make ebikes completely legal on trails and areas in which traditional bikes are allowed on national parks across the country.

National parks have already evaluated the use of electric-powered bikes in response to the National Park Service’s policy outlined in August of 2019. A proposed ebike regulation for a formalized policy is now open for 60 days until June 8, 2020.

“The regulation would define the term ‘electric bicycle’ and allow superintendents to provide for e-bike use in a similar manner to the current e-bike policy,” according to the National Park Service website. “The NPS seeks meaningful public input on this rule. The intent of this action is to address an emerging technology in a manner that accommodates visitors and increases opportunities for the public to recreate within and travel through the National Park System, while at the same time protecting the resources and values that draw millions of visitors each year.”

One of the most important distinctions laid about by the U.S. government in regards to electric-powered bikes is the four different classifications depending on the type of motor and the maximum speed they allow for. Here are the four distinct ebike classifications:

Motor that provides assistance only when the rider is pedaling. Ceases to provide assistance when the bicycle reaches the speed of 20 MPH.

Motor that may be used exclusively to propel the bicycle. Not capable of providing assistance when the bicycle reaches a speed of 20 MPH.

Motor that provides assistance only when the rider is pedaling. Ceases to provide assistance when the bicycle reaches a speed of 28 MPH. Equipped with a speedometer.

Electric drive system that can be activated through either a pedaling action or throttle. Top speed is above 28 mph and/or the motor wattage may be greater than 750 watts.

FAMILIARIZE YOURSELF WITH STATE LAWS

Until there is a universal policy in place from the National Parks Service, most national parks will fall under the guidance of the state laws they’re in. As with many state regulations, electric-powered bikes in national parks vary greatly from state to state, with many states having no specific regulations regarding them at all, and some states treating them just like traditional bicycles.

While there is a strong chance you’ll be able to operate and ride your electric-powered bike in most national parks without a problem, it’s always a good idea to research your state’s law regarding them or the state in which you plan to visit a national park or other public land or beach. You can find this information quickly with an online search or call the national park ahead of time for more clarification or insight into the state’s laws (if any) regarding ebikes.

RECON POWER BIKES ARE PERFECT FOR ANY TERRAIN!

When the time finally comes to take your Recon Power Bikes out into the beauty of nature, rest assured that your electric mountain bike will get you anywhere and in any condition. Our all-terrain ebikes are built with heavy-duty frames, thick tires and the power to climb steep hills and inclines. From mountainous landscapes to plateaus and desert dunes, our best electric mountain bikes will have you enjoying the great outdoors like never before!

They are also great for beaches, saving your feet from navigating the hot sand, jagged rocks or shells and the always unpleasant sunburn. Plus, you don’t have to forgo any exercise if you don’t want to, but are free to let the motor do the work when you want a nice break. Point being, you can now travel farther than ever, see more than you possibly could imagine and forge your own path on a Recon Power Bike!

Recon Power Bikes proudly offers a wide variety of all-terrain ebikes to best suit your needs and budget. Take a closer look at each of the best electric mountain bikes we offer and purchase your amazing power bike today!